Facebook Pixel and iOS 14: Updates, and what you should expect 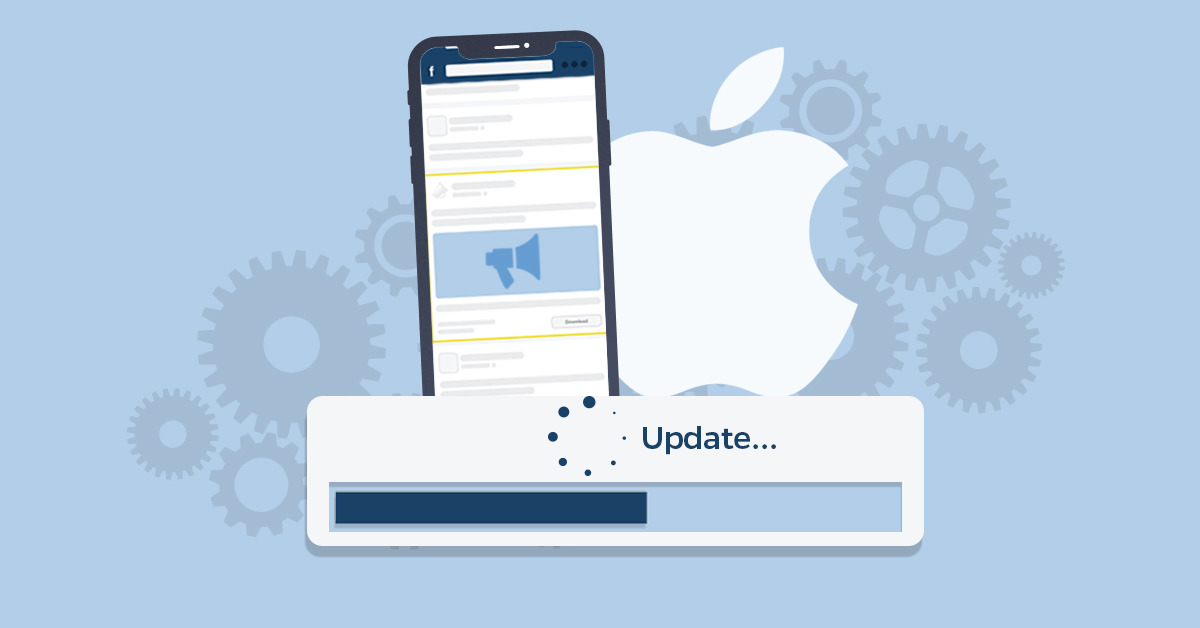 Big changes are coming for Facebook advertisers, publishers, and app developers that utilize iOS 14. As Apple plans to change their iOS 14 data tracking permissions, it’s easy to see how this could make a huge impact.

Although there is still a lot that’s unknown about how this will affect marketing and advertising, there’s still a lot of buzz flying around this topic that’s worth diving into right now.

Essentially, these changes to iOS 14 pose a massive threat to the effectiveness of advertising data, and consequently the advertisers that use Facebook and target through iOS 14.

Facebook is clearly concerned about this change, and it’s for a good reason. If you think about how marketing works in general, you can break it down pretty simply. If advertising is less effective, then advertisers will spend less time and money on Facebook. If there’s less money being spent on advertising on Facebook, then Facebook themselves lose money.

All-in-all, it’s a massive change, and it’s coming whether we like it or not. So with that said, let’s take it head on and talk about what we know so far.

It’s important to understand exactly what Apple is changing so drastically that it even has Facebook concerned. The focus of this update revolves around privacy and data usage.

For this new update, each app must display how they use the user’s data right on their product page. The developers will now also now be required to display their privacy policies, the exact data they’re collecting, and their intentions for said data’s use. 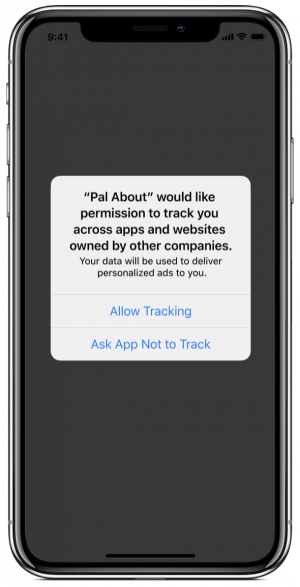 Seems harmless enough, right? Well, in actuality, it is. The issue that Facebook advertisers and developers will have with the new iOS 14 update is the permissions set in place by Apple themselves.

From now on, apps will be required to get full permission from a user in order to use their data, and track how they use their phone in order to accurately target.

The issue with asking for permission for a lot of advertisers and developers is that they can’t just bury the agreement in a giant contract, or flash some fancy button that makes people want to click without reading. The permission request must be apparent and easy to understand.

This update has thrown everyone off to say the least. As Facebook continues to come up with ideas to make this new update work for everyone, there are still a lot of unanswered questions.

Typically speaking, Facebook allows you to opt-out of data sharing, giving you the option to be alerted when your data is collected. Do do this, however, requires you to visit the privacy settings, and enable/disable the feature there.

With this new update, Apple will prompt Facebook, making it clear that your data is being tracked, and giving the explicit ability to allow it or not allow it on the users’ behalf.

This prompt will come up any time a user is using any iOS app, including those in the Facebook family (Instagram, WhatsApp, and Messenger).

In light of these new changes, Facebook has created a page for you to voice your opinions, and give business owners the opportunity to oppose. There’s even a new toolkit made specifically for those who want to share posts and videos to voice their opinion on the matter.

Facebook’s claim is that small businesses will be the most impacted. Their claim has a significant base, as big companies with deep pockets are already well known, and can sink a seemingly limitless amount of cash elsewhere.

What sort of data tracking will need permission?

With the update sending everyone into a whirlwind of emotions, there’s one big question that stays on advertiser’s and developer’s mind: What EXACTLY will we need permission for?

To make it easier on everyone, this information was made very clear in Apple’s announcement. But, just in case, we’ll summarize below:

Essentially, as long as the user’s data is being used, no matter where it comes from or how you get it, you will need permission to use it in any way. As data privacy has become a rising issue as of recently, it’s safe to assume that many people will opt-out of data usage and collecting completely, if given the chance.

Basically, anyone who advertises mobile apps, and those who optimize, report on, and target web conversion events will be impacted. Since Apple is changing the way Facebook is able to both process and receive data, tools like Facebook Pixel will need to change altogether.

This means that the data that is collected will be far less effective and worth far less, resulting in less effective advertising. This will in-turn force companies big and small to reconstruct their Facebook advertising strategies.

An additional change that will most likely have a significant impact is the attribution window. When the new update arrives, the new attribution window will be 7 days by default. This is quite the change from the 28 day model that we’re all used to. 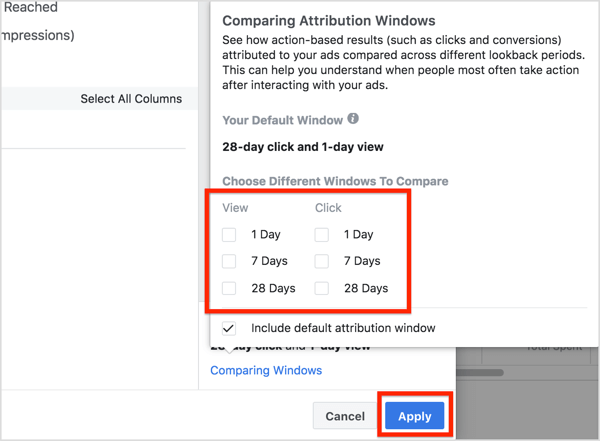 As you can see in this image above, for view, we had the option for 1 day, 7 days, and 28 days. With this new update, the only option we will have is 1 day. For click, we had the same options, but the 28 day window will be removed.

The biggest question everyone has when it comes to the Facebook Pixel iOS 14 update is how will it affect tracking? As we’ve discussed above already, this update will undoubtedly lead to less effective tracking, and therefore less effective ads. But, what about else is going to change?

The new iOS 14 update will affect the way we track on mobile. Because of the way this is going to affect pixel and everything associated with it, this means that mobile app ads will be affected negatively, too.

The bottom line is that people will have to move more towards server-side tracking, instead of relying on cookie based events to give them the data that they need in order to market effectively.

Although the impact may be small to begin with, data privacy and the concern surrounding it is a fast moving train that can’t be stopped at this point. It all started with the implementation of the GDPR, and it shows no sign of slowing down any time soon.

How to prepare for iOS 14

In a recent post from Facebook for developers, they outlined some of the steps they’re making in order to prepare for the big change. In the post, they indicate a lot of change, but that the new update will hit businesses that advertise on mobile and across the web the hardest.

While the rest of the world still scrambles to figure out how this is going to affect their marketing strategies, and what they need to do to prepare, Facebook has already outlined how they’re preparing for the iOS 14 update.

Prepare for ‘Events’ to change

Facebook mentions a few changes that they’re going to be making for the events that happen on iOS and Apple devices. The first of those changes is the permissions prompt, which Apple is now forcing Facebook to show.

Facebook goes on to mention something called Aggregated Events Management, defining it as a tool that will “help you measure campaign performance in a way that is consistent with consumers’ decisions about their data.”

On top of that, Facebook has mentioned that advertisers are now going to be limited to 8 conversion events per domain. This will include pixel events and custom conversions.

Facebook also claims that zero changes will need to be made through pixel or CAPI (Conversions API), Instead, you’ll have to begin configuring your 8 events in Ads Manager.

Apple is implementing SKAdNetwork as an additional source of attribution, all while maintaining data privacy. If you plan on using this ad network API, it’s best that you start learning ahead of time, and take a look at their SKAdNetwork guidelines. 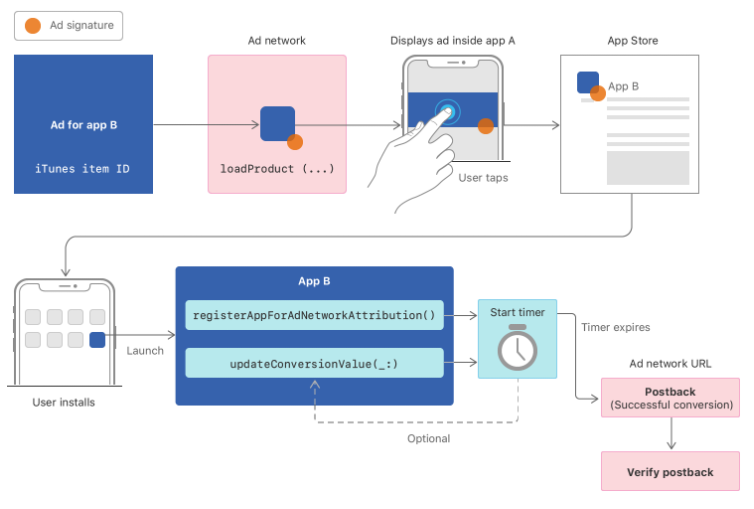 If you don’t plan on changing your strategy much, then you might want to consider shortening your attribution window ahead of time, and seeing how it affects the way you operate. As of right now, however, the only ‘fix’ for the smaller window is Apple’s own solution with their ad network API.

With the way users’ value data privacy, this change could have either a positive or negative effect. The best way to figure out how iOS 14 will work for you is to test.

Run an A/B testing campaign where you test multiple designs for an opt-in pop-up. Although the whole consent thing is likely to deter some people, you can optimize your chances by taking these steps now.

Test wording, dark/light designs, font sizes, white spaces, and anything else you can now so that you can have the upper hand when it really counts.

What to take away from this

The iOS 14 update is a massive wake-up call for a lot of marketers around the world right now. Everyone, including Facebook, is trying to scramble to find a workaround so that we can all get back on track.

In truth, nobody really knows how this is going to affect marketing and advertising in the long run. All we can do for now is prepare as best we can, and be ready to adapt very quickly.

The most obvious solution is to begin a full transition towards server side tracking, and abandoning cookie based tracking entirely. Although these two methods are completely different, they are both out to accomplish the same thing: track user data. So while this may be a big shock for a lot of people initially, tracking isn’t going anywhere, and both Facebook and Apple know that.

Zachary is a Content strategist, a freelance writer, and a world traveler. Fueled by the technical details and inspired to continuously learn more. Helping small startups and massive enterprises alike grow their brand. 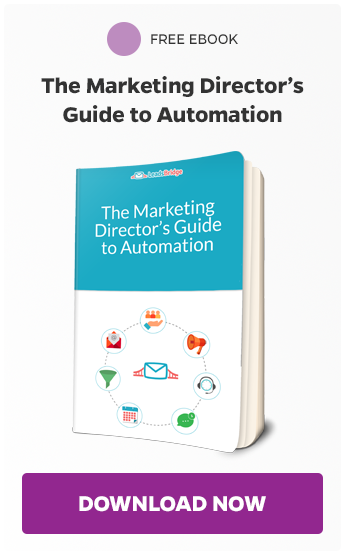 See with your own eyes how LeadsBridge is transforming thousands of businesses around the World in unstoppable lead generation machines.

Book a demo with one of our Lead Gen experts today!